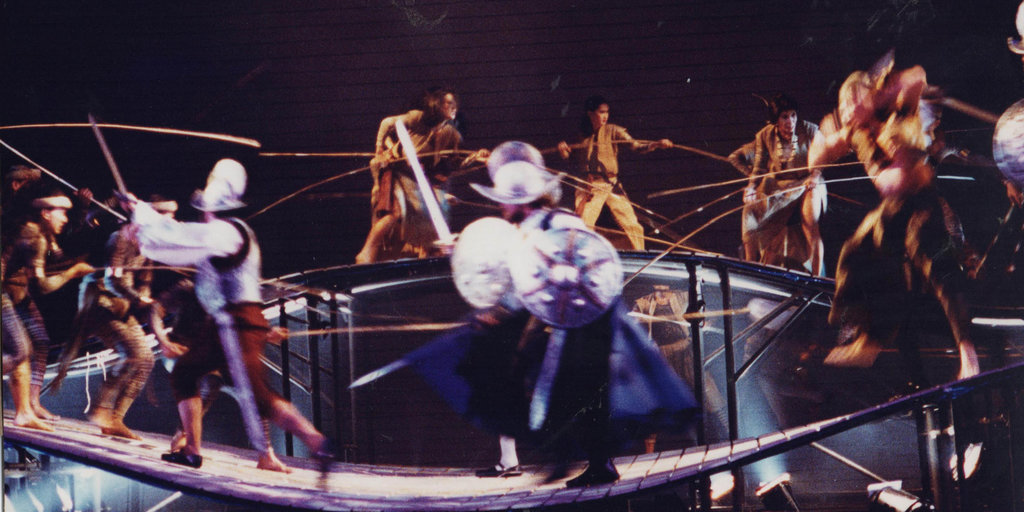 Magellan's Expedition and The legend of Lapu-Lapu The Musical

In 1997 in the world renowned Cultural Center of the Philippines, a musical spectacle was born. It was the talk of the town and had made headlines on every news article. Now it is your opportunity to witness the opera first hand in high definition. "It was the feverish quest for spices that inspired Emperor Charles V of Spain to financially support Magellan's claim of a western route to the Spice Islands through a seaway near the southern tip of South America. On the gray morning of September 20, 1519, Magellan's fleet of five small ships and a crew of 265 men departed from Sanlucar de Barrameda on an around-the-world voyage. His flagship, Trinidad, was accompanied by Concepcion, San Antonio, Victoria, and Santiago. From the frigid waters of southern latitudes, through the strait that was to bear his name, Magellan's steely resolve and unyielding perseverance enabled him to face and conquer treacherous seas, dangerous passages, and mutinous crews. Sickness and starvation claimed the lives of 19 men during the 3 months and 20 days Magellan's fleet sailed a sea much broader than expected. Since not one storm was encountered during that period, they named the ocean "Pacific," meaning "peaceful." Finally, on March 16, 1521, a cry of "Land ho!" boomed from the masthead. Though Magellan had reached what is known today as the Philippines, he knew that the Spice Islands and victory were within easy reach. But once again, fate delivered its now-familiar decree: Magellan would bear the burdens, but would never enjoy the fruits of success. A single act of poor judgment caused the downfall of Ferdinand Magellan. He was fatally wounded on April 27, 1521, after becoming involved in a dispute between warring Philippine tribe headed by LAPU-LAPU . It was an ironic ending for one who had survived an expedition that had unceasingly taxed his intellect and intuition, a man whose character was so strikingly identified by caution and foresight. Only one ship, the Victoria, and 18 of the original crew members returned to Spain, thereby completing the first circumnavigation of the globe. Though Magellan's route proved impractical for the spice trade, his voyage has been called the greatest single human achievement on the seas. He was never granted the dazzling fame bestowed on other explorers of the period, but Ferdinand Magellan's legacy changed man's understanding of his world."

No tickets are available for this event.